At this juncture reality set in.

We are 2 fossils on a guided tour which is so busy that we start at 6 or 7 am, travel all day seeing so much, are fed as a group so meals are at set times and places and then were expecting to have time to record all we had seen before a good night’s sleep so we could get up and do it all again next day.

Added to that we had to be in constant communication with our travel agent who was still arranging the second half of the trip and would be sending through all the travel vouchers as they were issued.

Fossil1 had the laptop which kept the email communications and provided the means of printing the travel vouchers for all in our small group when they arrived as well as the photos downloaded from the camera at the end of each day.

Fossil2 had a tablet which we had planned to use as the main blog machine but which proved almost useless because loading photos to the library from the laptop and then trying to use them from the tablet became too time consuming.  So the laptop became the only way to go but by the time all the critical work was done, Fossil2 was almost asleep on her seat so the drafts were banking up but not completed for publishing.

However the trip is worth recording in this way and we are starting to get the hang of it. So entries will be completed, but in stages as time permits and then the memory joggers will all be here in one place.

Today we pass by Ait Benhaddou and up and over the Tizi n’Tichka pass, at altitude 2,260m.

It is the highest major mountain pass of North Africa.

Unfortunately at this critical time our official photographer felt unwell and so we miss most of the pictures of this spectacular run.

We  may be able to get some copies later. The road wound around the mountain at the snow line and it was spectacular.

The rest of the journey took us through several key spots where movies have been made over many decades, including Lawrence of Arabia, Ali Baba, Star Wars and others too many to mention. We were not really interested in photographing these but it appears to be the Hollywood of Morocco, with quite a few film studios. 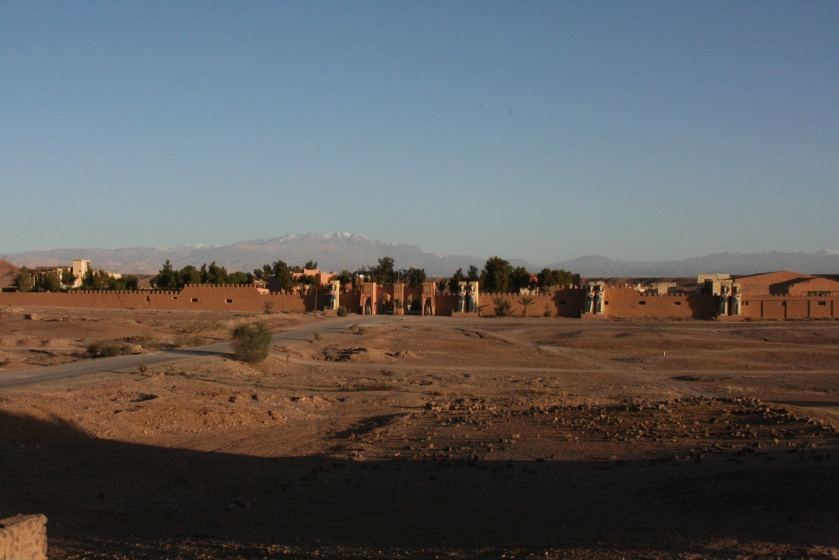 We arrived at last in Marrakesh with its ochre to pink universal building colour. We had a quiet afternoon and then went on to another meal in a restaurant on the main square. 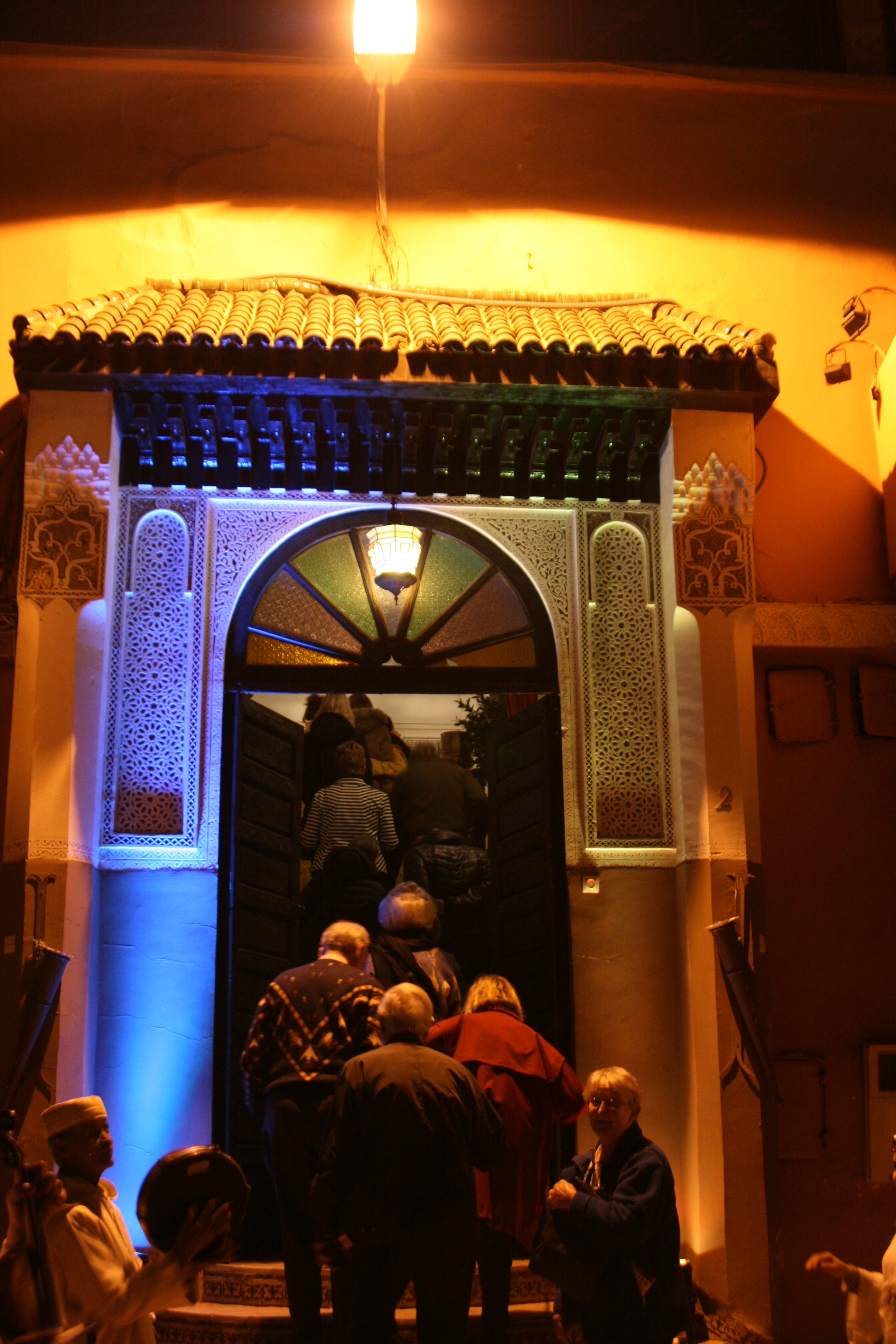 and we had to join in too 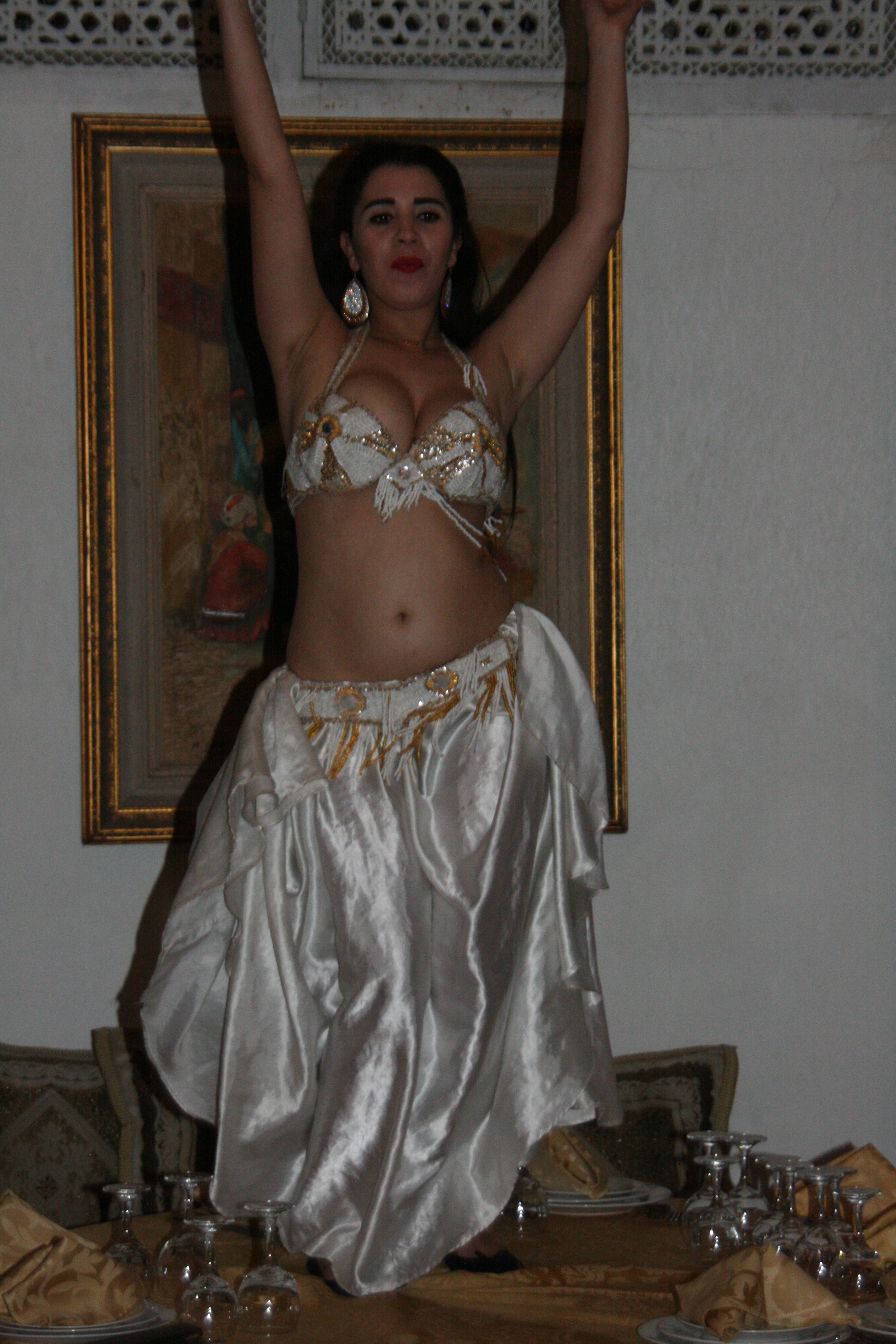 The king was in town so all the streets are lit up and make a spectacular display on the way home.

We have travelled quite a bit over the years and have accumulated lots of photo albums as well as created many travel journals which have either been lost or are sitting gathering dust on a shelf. So now is a good time to go digital and see how it goes.